“Since I am but a poor, sinful brahma-bandhu, not brahminically qualified although born in a brahmana family, and You, Lord Krishna, are the shelter of the goddess of fortune, it is simply wonderful, my dear Lord Krishna, that You have embraced me with Your arms.”

In the purport to this verse, Srila Prabhupada says “…Although Krishna is so great that it is not possible for anyone to satisfy Him, He exhibits His greatness by being personally satisfied even with one who is unqualified from so many angles of vision. Sudama Vipra was born in a family of brahmanas, and he was a learned scholar and a class friend of Krishna’s, yet he considered himself unfit to be strictly called a brahmana. He called himself a brahma-bandhu, meaning “one born in a brahmana family but not brahminically qualified.” Because of His great respect for brahmanas, however, Krishna embraced Sudama Vipra, although he was not a regular brahmana but a brahma-bandhu, or friend of a brahmana family.” 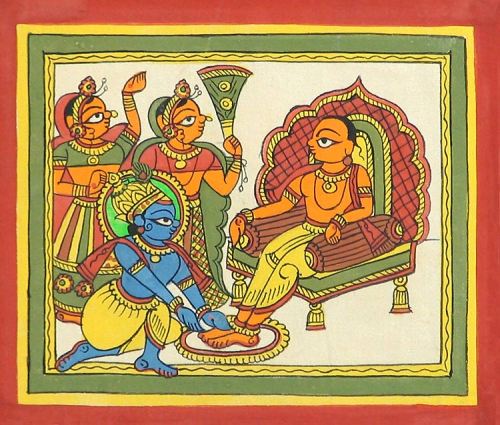 “Murari Gupta could not be called even a brahma-bandhu because he was born of a vaidya family and according to the social structure was therefore considered a sudra. But Krishna bestowed special mercy upon Murari Gupta because he was a beloved devotee of the Lord, as stated by Sri Caitanya Mahaprabhu. The purport of Sri Bhaktisiddhanta Sarasvati Thakura’s elaborate discussion of this subject is that no qualification in this material world can satisfy the Supreme Personality of Godhead, Krishna, yet everything becomes successful simply through development of devotional service to the Lord.