Now what ever could Pope Paul VI have to with Krsna you might ask? I happened to read a bumper sticker on the back of an SUV during my daily commute this morning… and it said:

“If you want peace, work for justice.” – Pope Paul VI 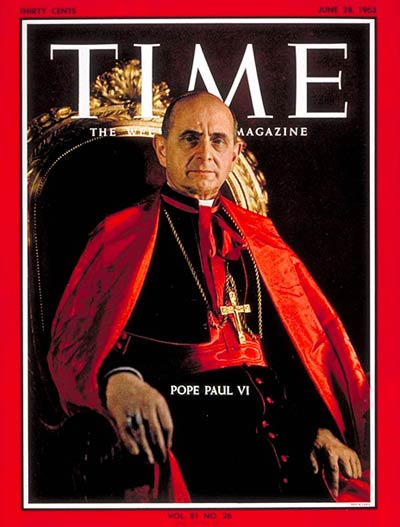 This quote struck me as odd… and it wasn’t the first time I had read it…on a bumper sticker! I felt it strange that peace and justice would be verbally intertwined in a quote so as to imply some measure of causality to their relationship… Does justice bring about peace? In any measure?

Peace… shanti…tranquility. In comparison, the word justice smells less of dharma, and more of revenge. Does this peace pervade the world, or just the minds of those incensed by injustice? Injustices perpetrated on them? To others? Where does it end? It’s sad that something this vague, yet catchy enough to ensure it’s repetition (yeah, look at me going off here!) would be plastered on the backs of cars… Road rage is indeed inevitable.

Durgadevi at Her finest… poking and prodding the jivas into submission

I’ve always felt that between Karma and Krsna, justice was served. Rather, Karma (Krsna’s law governing this material creation) straightens out even the worst of us reprobates. Yes, Krsna’s in charge, and He doesn’t bat an eyelid. Durgadevi does run a mean dungeon indeed… So why worry about justice? Peace is what we should strive for, and for ourselves, independently, not at anyone else’s expense… This justice is something that we have to serve, to ourselves. We have done many wrongs over countless lifetimes, so how can we judge others when we ourselves are entirely worthy of condemnation? Everyone on the battlefield of Kurukshetra, upon their death, assumed their original forms in the spiritual world… all because they saw Lord Krsna face to face. Even though many fought against Krsna, condemning and criticizing Him while hurtling weapons at His transcendental form, the Supreme Lord bestowed the highest perfection upon all of them- friend or foe… yes Arjuna and Duryodhana! So who could be more just, and more merciful that the Supreme Lord Himself?

Bhakti, unlike Karma and Jnana margas, removes prarabdha karmas from the moment one treads it’s sacred path… One immediately becomes qualified to engage in vedic sacrifices regardless of one’s ashram or varna. Chanting Krsna’s Holy Name exalts every jiva…So raise your hands and chant “Hare Krsna” just as Sri Chaitanya Mahaprabhu did. What else is a Kali Yuga resident to do?

(My gratitude to Swami B.V. Tripurari whose lecture inspired this post)