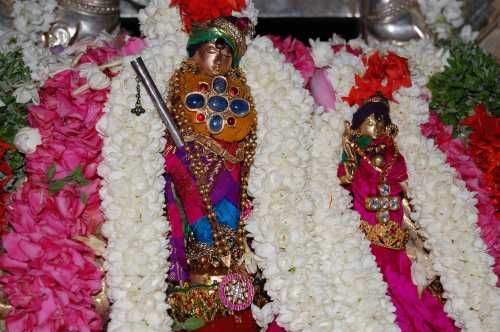 Every once in a while, I come across, or remember a deity that truly captures Lord Krsna’s beauty, and charm. Often there is nothing particularly opulent about the deity of the parphrenalia used for it’s worship. It is the presence of the Lord in the deity that manifests the feeling of sweetness, opulence, and divinity experienced by the devotee taking darshan. 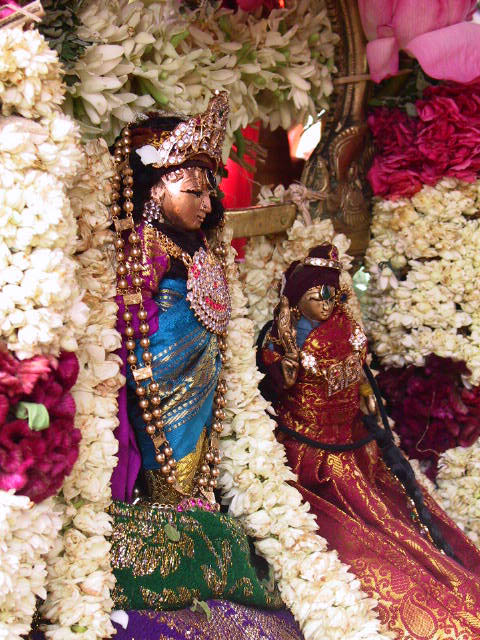 Once such deity is Sri Bhakta Kolahalan. The word “kolahala” means excitement in Sanskrit. The word is more often used to describe Lord Narasimha, as He appeared, excited to rescue His devotee, and eager to finish of the menace, Hiranyakashipu, once and for all (until His appearance as Lord Krsna, of course!). 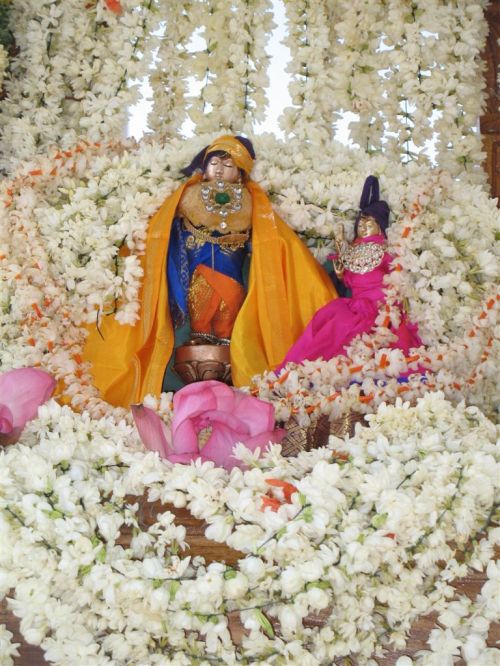 So Bhakta Kolahalan, means the “Lord Who is Excited by His Devotees.” This deity has an extensive history behind how He arrived at His present place of worship, with Sri Krishna Premianna, in the south Indian village of Paranur. For more details, please read: http://www.srisrianna.org/srisri_paranoor1.html

The deity of Lord Bhakta Kolahalan is Lord Krsna in the form of Sri Vitthala- the form of the Lord celebrated in the town of Pandarpur in the state of Maharashtra. In this form, the Lord has both hands on His waist, and a radiant smile on His face. Indeed, Sri Bhakta Kolahalan was called Sri Vitthala (or Sri Kolahala Vitthala- not sure!) prior to being renamed by Sri Krishna Premianna when he received the deity to worship. 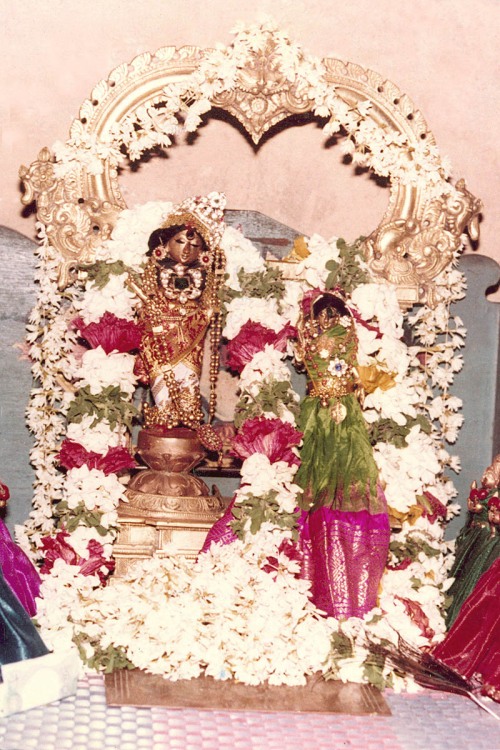 Sri Bhakta Kolhalan gives darshan with Srimati Radharani by His side. Both are decorated with sumptuous garlands of fragrant jasmine flowers, and other colorful tropical flowers, and scented herbs. They are adorned with south Indian silk, real gold brocade, and jewelry. 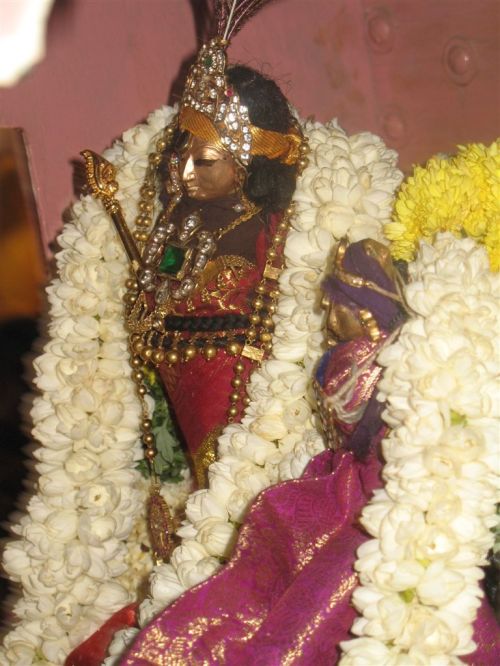 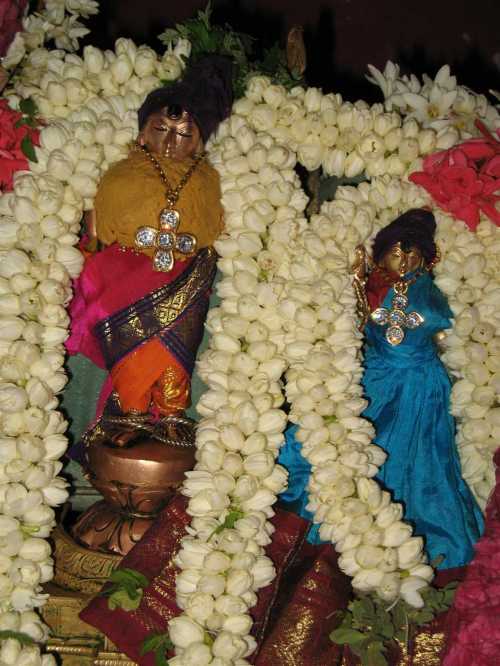 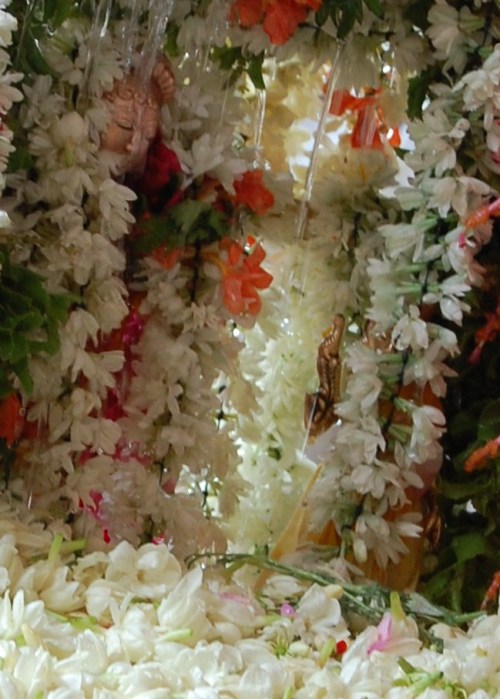 Sri Bhakta Kolahalan and Srimati Radharani being bathed in a flower pavillion for the vasanthothsavam (spring festivities). Deities across India are adorned in light cotton clothing, anointed with tumeric and oil, and then bathed in scented waters while wearing many fragrant garlands of flowers, that abound in spring. 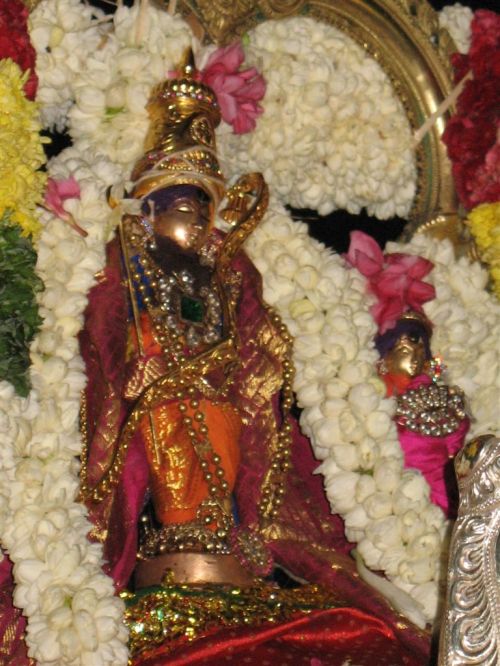 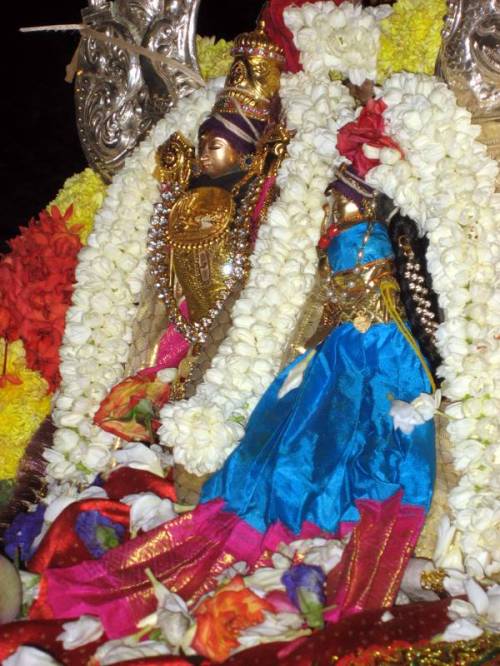 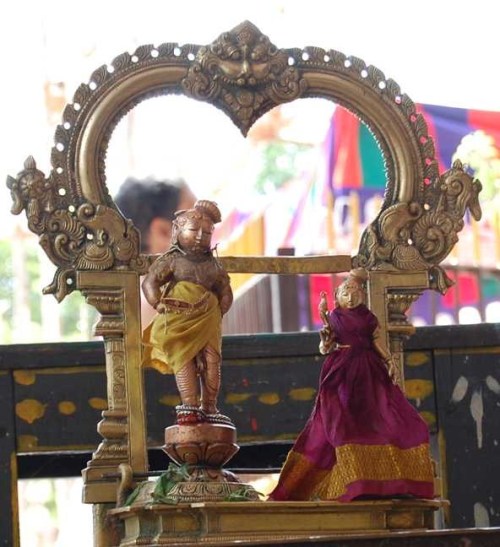 Sri Bhakta Kolahalan with Srimati Radharani, during Their abhisheka