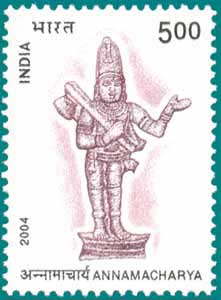 The Tallapaka family of poets, music composers and scholars in Telugu and Sankrit popularized the Srivaishnava faith in Andhra Pradesh in the 15th and 16th centuries. Annamacharya, the greatest of them, it is said, had a vision of Lord Venkateswara when he was 16 and then spent the rest of his life composing kirtanas and padams on Him, which totalled 32,000. Of these only 14,000 are available now engraved on copper plates which were hidden for centuries in a niche (the Sankirtana Bhandagaram) of the famous Sri Venkateswara temple at Tirupati. 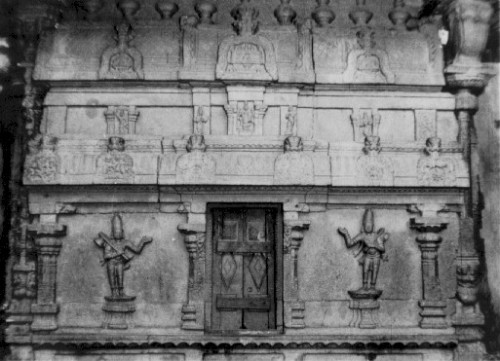 Annamayya was born in 1424 A.D. in Tallapaka, a village in Cuddapah district. Born with a gift for poetry and song, the boy Annamayya would improvise songs on Lord Venkateswara and was always preoccupied by Him. He ran away to Tirupati and fell asleep on a rock after an exhausting climb of the first steep hill at Tirumala. He dreamt of the Goddess Alamelumanga (Sri Venkateswara’s consort, the Goddess of Fortune) and composed a shataka (100 verses) in her praise. Upon reaching Lord Venkateswara, he burst into songs of ecstatic praise. 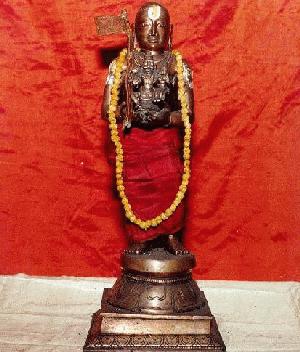 He lived in Tirumala for some time and was initiated into Sri Vaishnava faith. Sometime later his people sought him out and took him home where he was married. His marriage did not interfere with his spiritual interests and he became a disciple of the saint Sri Adivan Sadagopan of Ahobilam and studied all the sacred texts. Although he propitiated other forms of the Lord such as Rama, Krishna, Narasimha and Vitthala, he viewed them as forms of Sri Venkateswara, the Ultimate Reality. He spent the rest of his life in His service and devoting his time between Tallapaka and Tirumala.

Annamayya’s songs, which he considered as “flower-offerings” to God are his outstanding achievements. In them he praises Sri Venkateswara, describes his love for Him, argues and quarrels with Him, meditates on His attributes, confesses his failures and apprehensions, and surrenders himself to Him. Traditionally his songs are classified into adhyatma and sringara sankirtanas. 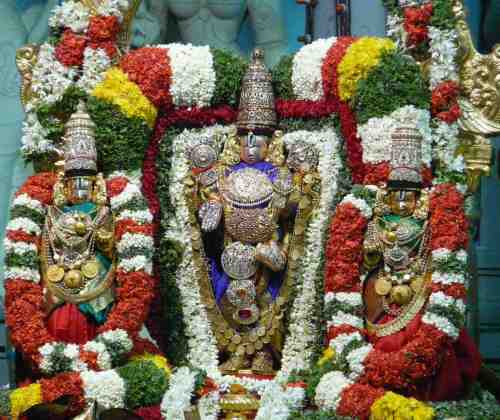 Lord Venkateswara with His consorts, Tirupati

Adhyatma sankirtanas affirm the primacy of spiritual values over the purely mundane, and express inevitable tension between these and oneself. They emphasize the need for bhakti and virakti. Temple festivities gave Annamayya many occasions for songs in which he sees symbolic enactments of cosmic truths. In the song “Alara Chanchalamaina” (Ahiri) he describes the dola (swing pastimes) of Sri Venkateswara and His consorts in all its magnificence.

The sringara sankirtanas express love and longing for the Lord and his surrender to Him. Here Annamayya speaks for himself and for others who similarly long for God in terms of rakti rather than virakti. Some songs describe Goddess Alamelumanga’s love for Him (“Alarulukuriyaga Aadenade” in Shankarabharanam) 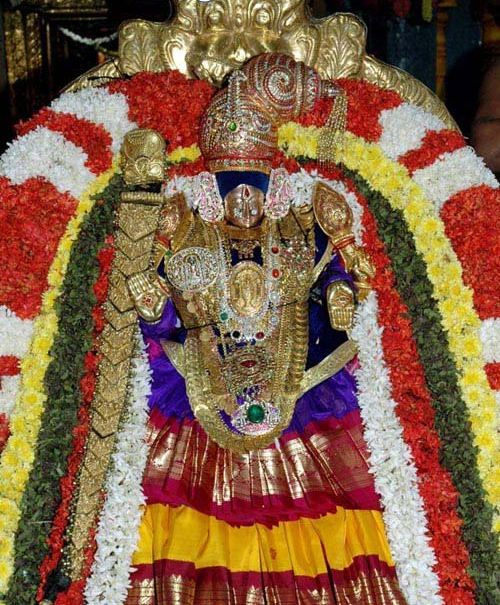 Annamayya was not the first to compose or invent padas, which had been evolving over many years and was used by Sripadarayaswami and his predecessors for writing devotionals in Kannada. Annamaya who was probably influenced by these composers seems as yet to be the first writer of padas in Telugu. The pada is a difficult form to handle, and being bound by strict rule, meant to serve the purpose of both poetry and song, Annamayya used it with such mastery that it became a habit of his mind. 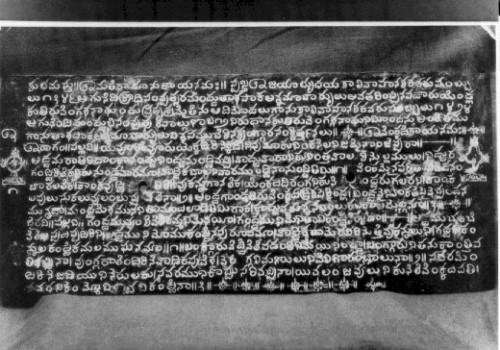 Unforunately, little is known about Annamayya’s music and his musical thought. While his poetry was preserved, his music could not be, for reasons not known. Not only is there no written record of his music, there is no living tradition of singing his songs, although several centuries after him, his songs are sung in Tirumala. The copper plates only mention the raga for each song, but what musical form and tala he assigned is not known.

Sri Annamacharya’s compositions are well-known today, even to those who are not connoisseurs of classical Indian music. His appearance day is celebrated grandly by the Tirupati Tirumala Devasthanam (the managing body for the Tirupati temple) at Tallapaka, the saint’s birthplace. Recently a 108 foot tall statue of Sri Annamacharya was unveiled at the village, and the TTD hopes that it will become a place of pilgrimage for both the spiritually and musically inclined.

Portions of this post were adapted, and abridged from “TAllapAka AnnamAchArya”, by R.A. Jayantha, Lecturer in English, Sri Venkateswara University, Tirupati.