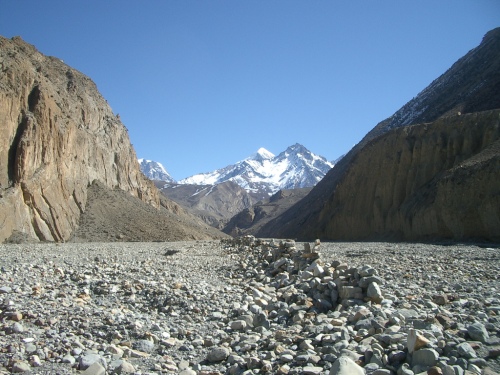 The next svayam vyakta kshetra is the famed Sri Salagram kshetra. This sacred abode of the Lord is unique, as unlike other sacred places of pilgrimage, the Supreme Lord manifests here in the most unique of forms. Glorified throughout the puranas and upanishads, the salagram shilas are considered to be non-different from the Supreme Lord Himself. All Vaishnavas worship salagram shilas, and even some smarta brahmana communities do so (as part of pancha upasana started by Adi Sankaracharya)… 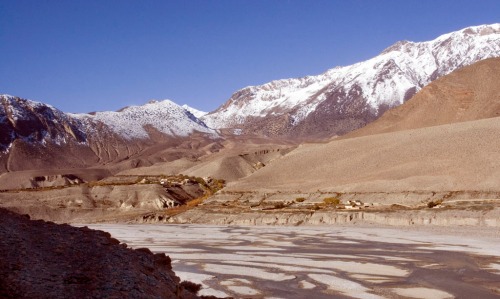 The location of this sacred place is in the Hindu kingdom of Nepal, to India’s north. Since ancient times, pilgrims from all over India have journeyed here, worshipped the Lord in the Gandaki river, and taken back one or more of the self-manifest salagrams from the river to worship at home. 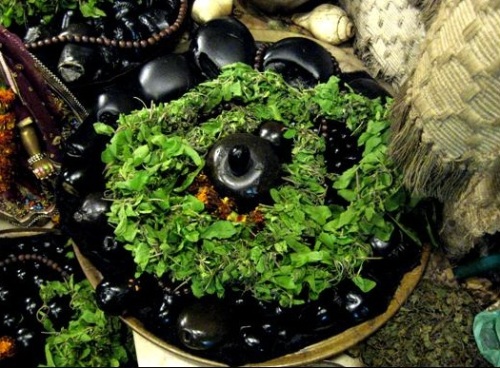 These salagram shilas were often the main deities worshipped by householders, being easier to worship than deities, and considered more merciful and auspicious. Why one may wonder? Deities need aavahana or to be invited every time They are worshiped. If offenses are committed during worship of deities, remedial measures need to be done, or the Lord may depart from the sacred image. Salagram shilas are self-manifest, so there is no question of inviting the Lord’s presence. He is already dwelling in the shila, and ready to accept worship. Offenses committed during worship require no specific measures, except heartfelt repentance, and continued enthusiastic worship of the shila. Indeed sraddha ceremonies attain 100% success if a salagram shila is worshipped, and presides over the ceremony. The sashtras say that a house without a salagram shila is akin to a cremation ground! 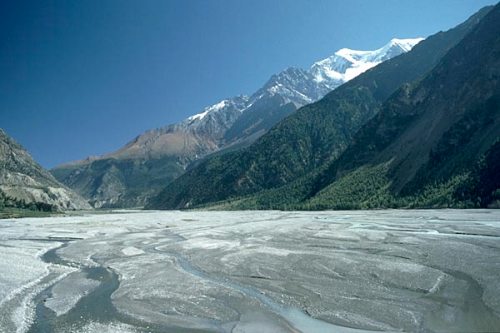 Many self-manifest deities in famous temples such as Tirupati, and Sri Rangam are considered salagram shilas as the Lord appears in both cases of His own divine will. One famous temple, Sri Radha Raman Mandir in Sri Vrindavan has a deity of Lord Krsna who appeared out of a salagram shila, on the behest Sri Gopal Bhatta Goswami’s fervent desire to decorate the Lord with paraphrenalia used for deity worship. 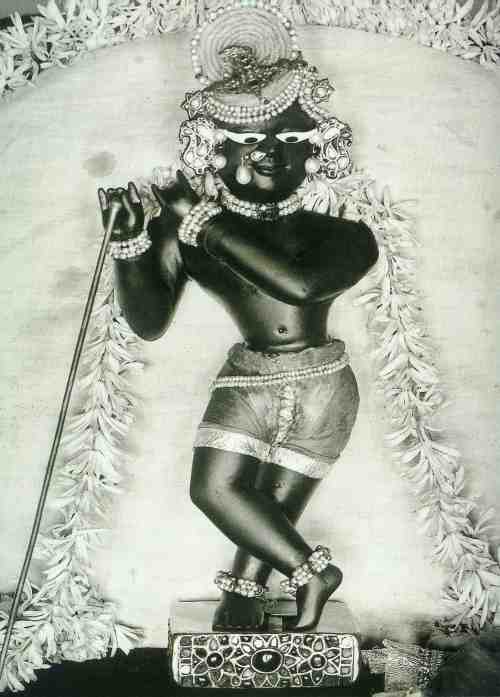 The story of how the Supreme Lord manifested in such an unusual form is also famous. To fulfill Tulasi devi’s desire to obtain Lord Narayana as her husband, Lord Narayana appeared in the guise of Tulasi’s wicked husband, and had conjugal relations with her, while her husband was fighting the demigods. As her chastity was broken, her husband was slain by Lord Shiva. When Tulasi realized the transcendental deceit, she cursed Lord Narayana to assume the form of a stone. The Lord graciously accepted her curse, and said that her body would become the Gandaki river, in whose waters, and along whose banks, He would dwell as salagram shilas. Her hair would become tulasi trees whose leaves and garlands would be very dear to Him, and without which any worship rendered to Him would be both incomplete, and unacceptable to Him…

For more information on salagram shilas, Their worship, and countless pictures of Them, please refer to Sri Jayatirtha Charan prabhu’s website: Sri Salagram Tirtha Pradarshini (A special thanks to Sri JTCd for encouraging my worship of salagram shilas whose worship is an inseparable part of my daily sadhana over the years).

One response to “Sri Salagram Kshetra”