Often overlooked, simply ignored, or even feared… Lord Siva… stated to be Lord Krsna’s greatest devotee. Many say this about Lord Siva, but few know the source of this oft-quoted statement. Indeed… Lord Siva’s greatness as a devotee is likened to the supremacy of the Bhagavatham amongst the smritis. In the final chapter of it’s last canto, the Suta Goswami boldly declares:

Lord Siva resides as the protector or ksetrapala of Lord Krsna’s most sacred abode, Sri Vrindavan Dham. Presiding as the four Mahadevas: Bhutesvara of Mathura, Chakresvara of Govardhana, Kamesvara of Kamyavana, and Gopisvara of Vrindavana. 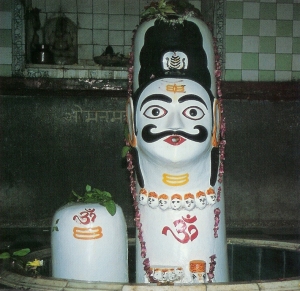 A well-known fact among devotees of Lord Krsna is that Adi Sankara, the famous propounder of Advaita was actually Lord Siva who incarnated at Lord Krsna’s behest in order to mislead insincere seekers. Adi Sankara spontaneously sung the Bhaja Govindam close to the end of his life, when he encountered an old man struggling to learn the rules of sanskrit grammar while seated on the banks of the Ganges river in Varanasi. According to popular tradition, this famous composition was composed by Adi Sankara, along with his fourteen accompanying disciples. The verses reveal Adi Sankara’s true sentiments about Lord Krsna, revealed in the refrain “Worship Govinda, Worship Govinda, Worship Govinda. Oh fool! Rules of Grammar will not save you at the time of your death.” 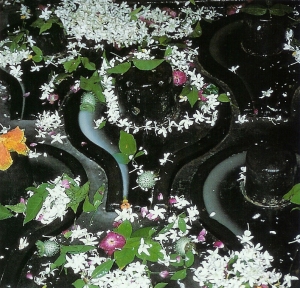 The following are two of my favorite verses from the Bhaja Govindam (verses 21 and 22), which I have heard sung since I was a child…

“Let a man read but a little from the Gita, drink just a drop of water from the Ganga, worship Murari just once. He then will have no altercation with Yama.”

“Born again, death again, birth again to stay in the mother’s womb ! It is indeed hard to cross this boundless ocean of samsara. Oh Murari ! Please save me, and show me your mercy.” 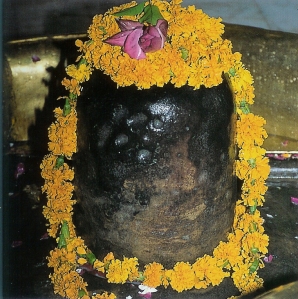 I did not know your full glories. For this reason, I threw arrows of sharp words at you in the open assembly, although you did not take them into account. I was going down to hell because of my disobedience to you, who are the most respectable personality, but you took compassion upon me and saved me by awarding punishment. I request that you be pleased by your own mercy, since I cannot satisfy you by my words.” -King Daksha begs forgiveness from Lord Siva, SB 4.7.15